Five simple ways to save a life

ATLANTA, Georgia (CNN) -- Quick: What would you do if you impaled yourself with a large, sharp, piece of wood? If your tooth fell out? If you fell from a high ladder? If your friend had a severe allergic reaction? 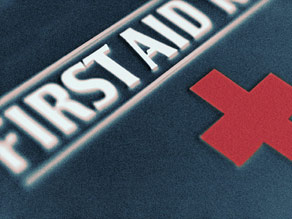 Even if you don't have first aid training, there are simple things everyone can learn to do in emergency situations. "You really could save somebody's life," says Dr. Assaad Sayah, chief of emergency medicine at the Cambridge Health Alliance in Massachusetts.

Think of it as "first aid for idiots" -- five things to remember if you otherwise know nothing about first aid.

It happens more often than you might think: a child impaled by a pencil or someone stepping on a nail or even someone being stabbed. Particularly after storms, debris is also an impalement hazard. Among injuries that cause ER visits, punctures rank fourth behind falls, car accidents and being struck by an object, according to the CDC.

The doctor's advice: Leave it in and call 911 (unless it's something small, like a splinter).

"It may be plugging a hole in an artery or vein, and as soon as you take it out, you could bleed to death," says Dr. David Beiser, an emergency medicine physician at the University of Chicago Medical Center.

Apply pressure and don't put on a tourniquet unless you've been trained to do so.

"If you don't know what you're doing, you could destroy that limb," Sayah says.

3. Do ask around for an epinephrine auto-injector in case of allergic reaction.

If someone has an allergic reaction, ask if he or she has an epinephrine pen. They may have one but forgotten. "People get very panicked when they can't breathe," Sayah says. "If they don't have one, ask other people who might be nearby."

Sayah says these auto-injectors are easy to use even without training. "It's like a ballpoint pen that clicks," he says. And of course, call 911.

"You're cleaning off important structures like nerves and ligaments," Beiser says.

Put the tooth in milk and head to the emergency room, says Dr. Richard Bradley, a member of the American Red Cross advisory council on first aid, aquatics, safety and preparedness.

As an alternative, you can try to hold it in the socket where it fell out, he says, adding that if a child loses a baby tooth, doctors will not try to put it back in -- it's gone for good.

5. Don't move someone who's fallen from a high place.

Anyone who's fallen from an elevation is at risk of sprains, fractures and worse, internal injuries.

"If they're in back or neck pain, leave them in the position they're in," Bradley says. "If you need to move them, do a log roll so you're moving their head, body, and legs all as one unit."

For more first aid basics, go to the guides from the Mayo Clinic and the Harvard Medical School Family Health Guide. To get trained in first aid, visit your local chapter of the American Red Cross.

Got a comment or an idea for a column? We'd love to hear from you. Talk to us at mail to:empoweredpatient@cnn.com

CNN's Jennifer Pifer and Sarah Edwards contributed to this report.