Part of complete coverage on
Matters of the Heart

Lower cholesterol may lessen risk of some cancers 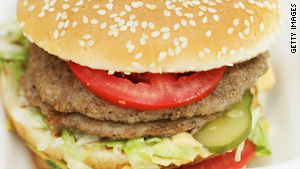 (Health.com) -- Most people know that healthy cholesterol levels can help protect your heart. But new research suggests another potential benefit: a lower risk of developing some types of cancer.

In fact, low total cholesterol is associated with about 60 percent less risk of the most aggressive form of prostate cancer, and higher levels of good cholesterol (HDL) may protect against lung, liver, and other cancers, according to two studies published this week in the journal Cancer Epidemiology, Biomarkers & Prevention.

That's quite a reversal of fortune for low cholesterol, which has, in the past, been associated with a higher cancer risk. The new studies suggest that low cholesterol may not deserve its bad reputation, earned from a series of studies in the 1980s that said people with low cholesterol might be at risk of cancer.

In the first study, men with HDL cholesterol above roughly 55 mg/dL had an 11 percent decrease in overall cancer risk, including lung and liver cancer. (HDL levels between 40 and 50 are average for men.) The study, conducted by National Cancer Institute (NCI) researchers who looked at about 29,000 male smokers in Finland over an 18-year period, is the largest to show a relationship between HDL and cancer.

"Very few studies measured [HDL], and any relationship between HDL and overall cancer risk had therefore not been adequately evaluated," the NCI's Dr. Demetrius Albanes the lead author of the study, said at a press briefing.

While the findings are new and intriguing, more research needs to be conducted to confirm a link between HDL and cancer risk reduction.

"[It's] a very new, exciting question, but we need to do a great deal more research before we have any clear answers," says Eric Jacobs, an epidemiologist with the American Cancer Society, who co-wrote an editorial accompanying the studies. For his part, Albanes stressed that the results need to be confirmed, especially in women and nonsmokers.

At first, Albanes and his colleagues found their results seemed to back up the studies from the 1980s; they discovered that men with low total cholesterol had a higher cancer risk. The trend all but disappeared when they excluded cases of cancer that were diagnosed during the first nine years of the study. (Such men may have already had cancer, but it hadn't been diagnosed yet.)

In the second study, researchers looked at about 5,500 men ages 55 and older. Men with total cholesterol under 200 mg/dL -- the range the National Heart, Lung and Blood Institute deems "desirable" -- had roughly a 60 percent lower risk of high-grade prostate cancer, an aggressive type.

"It was a notable reduction, which is not that often seen in prostate cancer research," the lead researcher, Elizabeth Platz, a cancer epidemiologist at the Johns Hopkins Bloomberg School of Public Health, told reporters.

The decrease in risk was found only in high-grade tumors and not in less serious cases of prostate cancer -- a pattern that Platz and her colleagues reported in a previous, similar study. According to Jacobs, this pattern is not uncommon in prostate-cancer studies. Obesity, for example, is associated with a higher risk of more dangerous tumors but not with prostate cancer overall, he said.

Health.com: The secret to walking off that belly fat

This study was inspired in part by a growing body of evidence that suggests that statins, which are cholesterol-lowering drugs such as Lipitor, may protect against high-grade prostate cancer. In the current study, however, Platz and her colleagues did not measure statin use and therefore were not able to determine whether the lower risk of high-grade prostate cancer was influenced by statins or other cholesterol-lowering methods, rather than naturally low cholesterol.

More studies, including randomized controlled trials, are necessary to explain the link between cholesterol and prostate cancer, according to Platz.

Jacobs agreed, noting that the findings of the two studies raise important questions. The effect that HDL cholesterol and total cholesterol have on cancer risk are "likely to be very interesting areas for future research," he said.