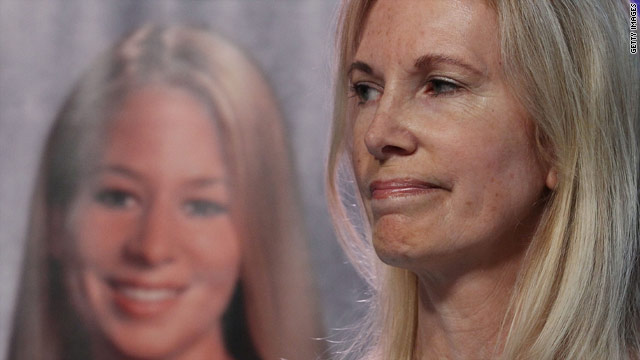 (CNN) -- The mother of missing American teen Natalee Holloway met with the man suspected in her daughter's disappearance this week at the Peruvian prison where he is being held in another woman's death, attorneys for both sides said Friday.

Beth Holloway is in Peru with a Dutch documentary maker. Producers for the the Dutch journalist who is accompanying her posted a note on his website that said journalist Peter de Vries and the mother made a trip to Castro Castro prison to see suspect Joran van der Sloot.

Beth Holloway's attorney, John Q. Kelly, confirmed the trip to CNN Friday saying, "She was at Castro Castro prison and she saw Joran."

Altez said Holloway arrived with a group of Dutch journalists and asked to meet prison officials.

Altez said van der Sloot was brought to the meeting "practically by force."

According to Altez, Holloway told van der Sloot that she doesn't have any hatred in her heart towards him. Van der Sloot replied that he understood, but that he couldn't talk to her further, and handed her his attorney's business card, Altez said.

Holloway has not reached out to Altez, he said.

Kelly told CNN that Holloway didn't initially tell him about her planned trip to Peru until after she was already in the country.

"She just said she wanted to see Joran, she didn't give me any of the substance of what she was going to talk about," he told NBC's "Today."

Kelly said he spoke to Holloway after she saw van der Sloot, but told CNN he doesn't know what she said or how long she spent with van der Sloot.

De Vries said the crew did not break any rules and prison officials knew of their visit.

"I know she definitely wasn't arrested. ... Nothing was taken from her. It was done without violating any laws or breaking any regulations," Kelly told "Today."

Early Friday morning, the receptionist at the Sheraton hotel in Lima, Peru, told CNN that Holloway was in her room, where she checked in by herself.

A woman in the room answered the phone in English, then immediately hung up.

Kelly told "Today" that he doesn't believe Holloway's purpose in meeting with van der Sloot -- whom he has called a "pathological liar" -- was to get answers out of him. Instead, Kelly said, "I think it was more to deliver the message that he might be in Peru but she hasn't gone away. She's determined to get answers, and you know, she wants to bring Natalee home."

Van der Sloot is imprisoned awaiting trial on a murder charge in the death of Peruvian student Stephany Flores.

Flores body was found in May in a hotel room registered to van der Sloot, which the two were seen entering on surveillance camera video.

He also is charged with a count of wire fraud and a count of extortion in Alabama for allegedly trying to extort more than $250,000 from Holloway's family in return for disclosing the location of her body.

Natalee Holloway was last seen in the early hours of May 30, 2005, leaving an Oranjestad, Aruba, nightclub with van der Sloot and two other men, brothers Deepak and Satish Kalpoe. She was visiting the island with about 100 classmates to celebrate their graduation from Mountain Brook High School in suburban Birmingham, Alabama.

Van der Sloot was arrested twice in Aruba in connection with the younger Holloway's disappearance, but was never charged.

He has denied responsibility for her disappearance.

In a jailhouse interview with a Dutch television station this month, van der Sloot said he is remorseful for telling so many stories regarding the disappearance of Natalee Holloway, but once again denied culpability in the case.