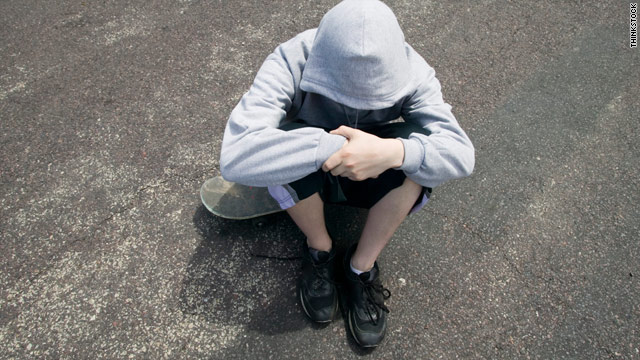 Many people -- including family, teachers and other students -- grieve when a young person commits suicide.
STORY HIGHLIGHTS

(OPRAH.com) -- When it comes to the recent tragedies involving "bullycide" (bullying that leads to teenage suicide), how are we supposed to cope as parents? As a community? Grief expert David Kessler explains why there are new lessons to be found in the classic five stages of grief.

It is easy to get lost in the question of how did this happen? But what can get missed is the grief that follows a bullycide.

My work over the years has taught me a simple truth: Grief must be witnessed.

One parent who lost a teenager wrote: "I am so sorry you were in so much pain and I missed it. I can't begin to understand a world that became so hard you saw no way out but death. I would have moved, changed schools or moved across the country for your happiness; and yet, I will never have the chance to go back and make this wrong, a right. I will never know how the school let things get so bad and why limits were not set by the school's administration to keep not only you from being harmed but also other kids from straying into their darkness."

Bullying has changed indeed. "Sticks and stones will break my bones, but words will never hurt me" will never ring true again. As it turns out in life, skin and bones may heal quicker than emotional wounds.

Video: Tyra Banks: I was a bully

With so much violence on TV, in music and in the movies these days, we sometimes forget just how fragile we are -- especially when we are young. And in today's world of mass media and so many new ways to communicate (the Internet, Facebook, Twitter, etc.), words have become even more important and more potent, and -- unfortunately -- more damaging than ever.

In school bullying, you are left with cries for help that never came; or worse, those cries for help that did come and were left unanswered. Grief casts a large shadow when it comes to bullying. The parents, the siblings, the bullies, the teachers and all the students will be forever changed.

In grief, we want to find answers, we want to know our loved ones did not die needlessly. In teenage suicide bullying deaths, satisfying answers are few and far between. The grief that follows bullycide is as abundant as it is harsh. It is no wonder it divides schools and communities.

Besides grieving for the young person who died, there are other losses to mourn as well:

• The parents of the victim don't just lose their child; they also have to deal with the added horror of feeling responsible in some way for not seeing it coming.

• In a way, the bullies themselves lose life as they knew it, because they are now labeled as being "bad."

• The parents of the bullies also suffer a loss of sorts -- their child is probably not who they thought he/she was, and their lives are forever changed.

• Most of the kids in the school often grieve on some level at what they did or didn't do; they also must deal with a loss of innocence.

Oprah.com: How to deal with a bully

My teacher and coauthor Elisabeth Kübler-Ross, who originally came up with the five stages of grief, would have trouble finding acceptance these days when it comes to bullycide.

The grief that follows a teenage suicide because of bullying can easily become complicated grief. As we begin to unravel it, you can see where the term complicated grief comes from. Any aspect that complicates a death can result in grieving that is more intense, of longer duration and with greater difficulty in finding peace in the loss.

First and foremost, a precious child has died. When a teenager dies, you are left with the tremendous pain of the loss itself. Suicide has long had the bumper sticker of "a permanent solution to a temporary problem."

Parents are left wondering how things got so bad that their child could not have come to them for help. Then, to find out that their teenager's pain was a result of other teenagers' intentional actions, the loss becomes even more crushing.

In grief and loss we want answers; we want to find reasons for tragedies. As often mentioned, in the grief of suicide, everyone is left to wonder how this could have happened.

Could the parent of the teenager who killed him- or herself have done more? The answer to this is surprising. Parents of a teenager who commits suicide because of bullying often had a good relationship with their child. Yet parents may ask why their child did not turn to them for help. Many answers have been put forth.

Maybe he or she was embarrassed by the bullying? Being a part of the school culture, did he/she feel it had to be worked out alone? Did the child feel he/she had come forward and the bullying was observed and nothing was done, so nothing will ever get better? Was a code of silence allowed to replace the Golden Rule?

No matter what the answers, we are left to the sad reality that our young loved one will never be coming back.

The grief of losing the victim easily extends to the teenagers who bullied them. Many bullies report they are haunted by their actions long into adulthood. And that's when no one died. Many times their own grief becomes overlooked by all.

Sadly for them, they are left to deal with a loss they unknowingly helped create. These are teenagers who let their words and actions become too ruthless. They will forever live with the harshness of unintended consequences.

The goal of bullying is to be mean and to upset, harass and make fun of someone else. So the bully will always know that he or she meant to hurt someone -- but just not that much -- and ended up crossing the line. This must be a horrible guilt/loss to endure.

The bully's parents may also feel much grief and anger at themselves and the school, believing that if limits had been set, perhaps their child would not have gone so far.

Oprah.com: The truth about bullying

The stages of grief may have new lessons to teach us in the aftermath of bullycide.

Anger: How dare those kids treat someone like this? Where were the teachers? Did the teachers not get help from school administration? Tell your child and the school that bullying is not "boys being boys" or "girls being girls."

Bargaining: If we had heard about this sooner, could we have stopped it? Why didn't my child see a way out? What if I had asked more questions; might I have realized how bad it was? Don't leave questions unasked. Demand answers.

Oprah.com: Bullyproof your child for life

Depression: No answers will bring back a teenager who was bullied to death. Empower teenagers to never let it get this bad. That you know "how teenagers are" will not be a reason to leave our kids to their own devices.

Acceptance: We must acknowledge the loss; we must hope in time for the strength to find forgiveness. In loss we can never forget, but in time, perhaps the love and the memories can become stronger than the pain.

Teachers, especially, may experience the "bargaining" described by Kübler-Ross. After a bullycide, teachers start asking, "If we had done things differently, could we have helped more?"

I sat down recently with teachers of a school where bullying and a suicide attempt had occurred. They saw the signs; they brought it to administration. They saw it minimized and mishandled.

I challenged them to have true courage with administration. To make waves. To ask tough questions. We must all now do the same.