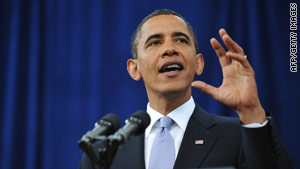 Washington (CNN) -- President Barack Obama on Wednesday ordered executive-branch agencies to extend to employees' same-sex partners the same benefits provided to their opposite-sex partners, to the extent allowed by law.

The move followed up on Obama's memorandum last year that extended some benefits to same-sex partners of government workers and ordered federal agencies to review additional benefits that also could be available under existing laws.

"That process has now concluded, and I am proud to announce that earlier today, I signed a memorandum that requires executive agencies to take immediate action to extend to the same-sex domestic partners of federal employees a number of meaningful benefits, from family assistance services to hardship transfers to relocation expenses," Obama said in a statement.

Since taking office in January 2009, Obama has called for the repeal of the "don't ask, don't tell" policy that bans openly gay and lesbian soldiers from military service.

Under criticism from gay rights activists for a lack of progress on the issue, congressional Democrats pushed for legislative action that led to a recent compromise with the White House and the Pentagon on a conditional repeal once the military completes a review on how to implement the change.

The compromise language has passed the House and the Senate Armed Services Committee, with a full Senate vote expected in coming weeks.

The president also has urged Congress to pass the Domestic Partners Benefit and Obligations Act, which would extend family benefits now available to heterosexual federal workers to gay and lesbian federal workers as well.