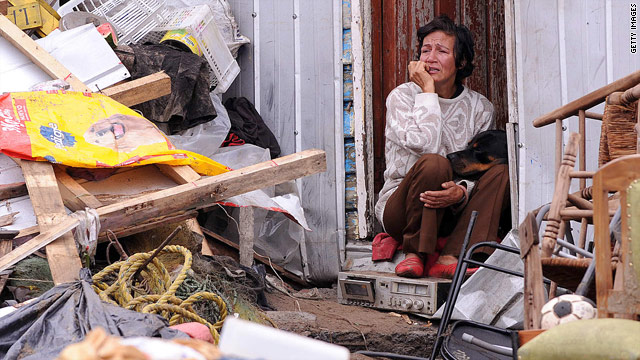 (CNN) -- The massive earthquake that struck Chile on Saturday may have shifted Earth's axis and created shorter days, scientists at NASA say.

The change is negligible, but permanent: Each day should be 1.26 microseconds shorter, according to preliminary calculations. A microsecond is one-millionth of a second.

A large quake shifts massive amounts of rock and alters the distribution of mass on the planet.

When that distribution changes, it changes the rate at which the planet rotates. And the rotation rate determines the length of a day.

"Any worldly event that involves the movement of mass affects the Earth's rotation," Benjamin Fong Chao, of NASA's Goddard Space Flight Center in Greenbelt, Maryland, said while explaining the phenomenon in 2005.

Scientists use the analogy of a skater. When he pulls in his arms, he spins faster.

That's because pulling in his arms changes the distribution of the skater's mass and therefore the speed of his rotation.

Richard Gross, a geophysicist at NASA's Jet Propulsion Laboratory in Pasadena, California, used a computer model to determine how the magnitude 8.8 quake that struck Chile on February 27 may have affected Earth.

See scenes of devastation from the quake

He determined that the quake should have moved Earth's figure axis about 3 inches (8 centimeters). The figure axis is one around which Earth's mass is balanced. That shift in axis is what may have shortened days.

Such changes aren't unheard of.

The magnitude 9.1 earthquake in 2004 that generated a killer tsunami in the Indian Ocean shortened the length of days by 6.8 microseconds.

On the other hand, the length of a day also can increase. For example, if the Three Gorges reservoir in China were filled, it would hold 10 trillion gallons (40 cubic kilometers) of water. The shift of mass would lengthen days by 0.06 microsecond, scientists said.