Holding on to hope: Young and unemployed in America 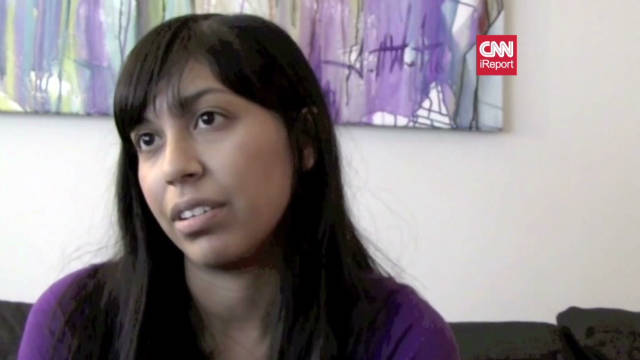 Holding on to hope: Young and unemployed
STORY HIGHLIGHTS

Editor's note: Rachel Witte took part in the iReport boot camp, a seven-week series where CNN journalists offered tips to iReporters on covering a story from start to finish. This is her final product. Witte's story is the first of several standout submissions to be published on CNN.com in the upcoming months.

(CNN) -- Bridget Coyle wants to be a social worker, but an underwhelming job market and devastating national unemployment rate are making it difficult. Despite this, she remains optimistic.

"I'm hopeful because I see a lot of opportunity (for me), and it's the only option I have," the 24-year-old college graduate said. "I don't want to be hopeless, because then I'll be stagnant. I need to keep hope in the back of my mind so that I don't stop moving forward."

For Coyle, the state of the job market did not always hit so close to home. After graduating in 2009 with an English degree from Saint Joseph's University, she spent a year helping disadvantaged youth in Baltimore through the AmeriCorps program.

"I had such a wonderful experience with AmeriCorps and I thought potential employers would see that and want to hire me right away," she said. "But that's not the case. It's not where we are right now."

Coyle is not alone. According to the Bureau of Labor Statistics, the national unemployment rate is 9.1%. It is common for young people to make up a larger portion of this statistic because of their lack of work experience, said Emy Sok, an economist with the bureau.

These statistics are all too familiar to Carl Van Horn, a professor of public policy at Rutgers University, who studied this age group in a recent survey. His study polled college graduates as they entered the labor market and it helped paint a clear picture of the state of unemployment for America's young people. Half the 571 college graduates surveyed are working a job that did not require a bachelor's degree, while 14% are unemployed or are employed part-time and looking for full-time work. Three out of every four people polled said they would have done things differently while still in college.

Young people just have to make sure they're staying sharp enough so that when things do eventually rebound, we're there to take full advantage of it.
--Neel Bhuta, 25

"Many people said if they could go back they would do an internship, start looking for work before graduation, use the guidance center at college or pick a major where there are more jobs," said Cliff Zukin, a co-author of the study.

According to Van Horn, the results show that unemployment not only has called for reflection among this generation, but it also has had an emotional impact.

"Psychologists tell us that losing a job is the closest thing to losing a close friend, family member or spouse," Van Horn said. "In other words, being unemployed is a very significant psychological blow to the average person."

Despite the adversity those in this age group face, Van Horn said they have not given up on their abilities or turned the negative aspects of unemployment inward. They manage to stay hopeful.

"(Young people) don't blame themselves," Van Horn said. "There's evidence that shows this generation is more prepared and harder working than previous ones. More and more young people go to college to get a bachelor's degree or associate's degree than ever before. They're more grinders than slackers."

Neel Bhuta, who holds a law degree from the University of California, Los Angeles, has been unemployed for months. According to the National Association for Law Placement's Employment Report and Salary Survey issued in June, the employment rate for law school graduates is 87.6%, the lowest since 1996.

"When I started (law school) in 2008, the economy wasn't all that bad yet," Bhuta said. "The default track at school was to do your work well, graduate and make $100,000. School was supposed to be hard, but getting a job was easy. Now it seems like everything's hard."

Despite this, Bhuta still remains hopeful.

"Things are bound to get better," he said. "Young people just have to make sure they're staying sharp enough so that when things do eventually rebound, we're there to take full advantage of it."

For Coyle, it's her AmeriCorps experience that pushes her forward and inspires her to be optimistic. "Through AmeriCorps, I had the privilege of witnessing some very bright young men and women build on their strengths and take great steps toward positive change," she said.