The Australian government says climate change is mainly to blame

More than two-thirds of the coral in Australia’s Great Barrier Reef is experiencing “shocking” amounts of bleaching, new aerial surveys have revealed.

Before 2016 there had only been two bleaching events along the Great Barrier Reef in the past two decades, in 1998 and 2002. 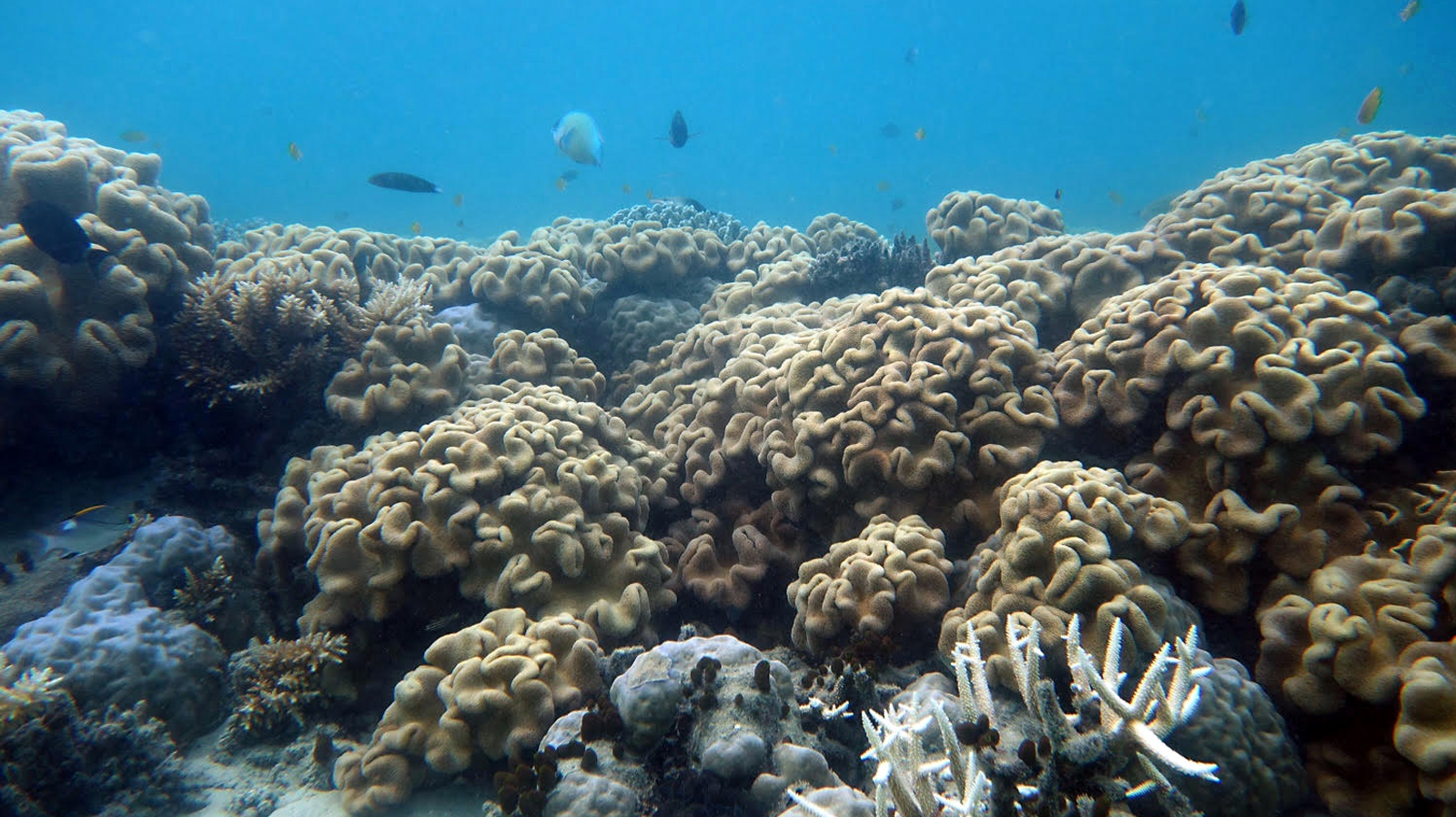 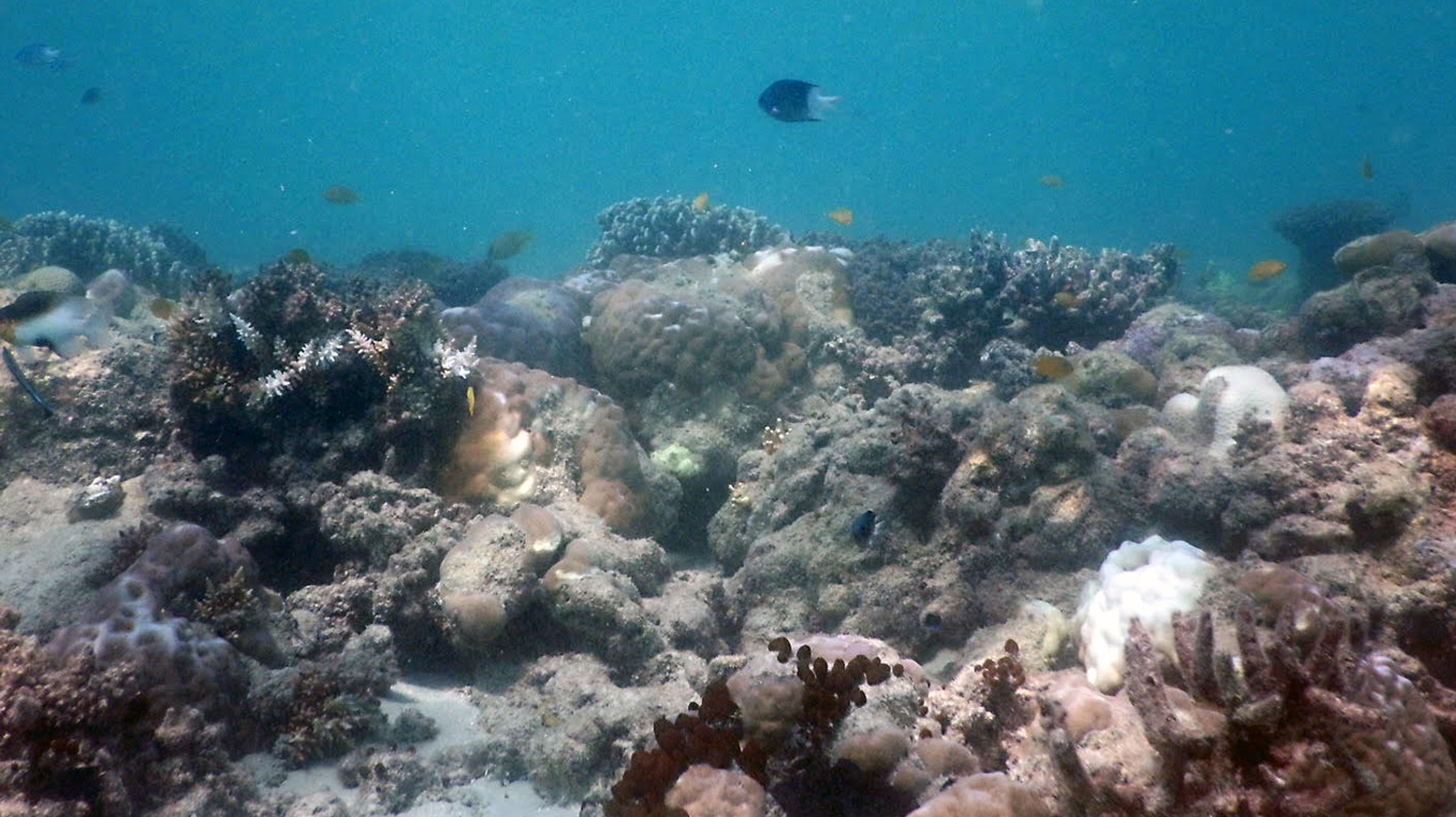 Reefs of of Lizard Island before and after bleaching

This is the first time two have occurred so close together.

“I was surprised to have to be getting in a plane again this year [to survey fresh damage],” Dr James Kerry at James Cook University said..

Last year’s bleaching event, the worst on record, mainly affected the north of the reef, while the recent damage has mostly impacted the middle sections, according to scientists at the ARC Centre of Excellence for Coral Reef Studies.

The bottom third of the reef is now the only section that has escaped significant bleaching.

“The central section of the reef is now displaying the same extent of bleaching as in the north,” Kerry said. “Going over those reefs this year, you can tell how low the coral cover was. It was shocking to see the fallout from last year’s event.”

Damage done by Cyclone Debbie, which struck Queensland in March, has only compounded matters – the slow-moving storm, which traveled over a 60-mile-wide corridor across the reef, “will have done a lot of damage to the coral,” Kerry said.

Coral bleaching is a stress response that happens when an increase in sea temperatures causes the expulsion of algae that grow inside coral, turning the reefs white and eliminating their main energy source. It’s directly linked to global warming.

Bleaching doesn’t kill coral straight away – if temperatures drop, the algae has the chance to recolonize. But if temperatures remain high, eventually the coral will die, removing the natural habitat for many species of marine life.

Australia’s Minister for the Environment and Energy Josh Frydenberg said in a statement that climate change was the “number one threat” to the Great Barrier Reef. 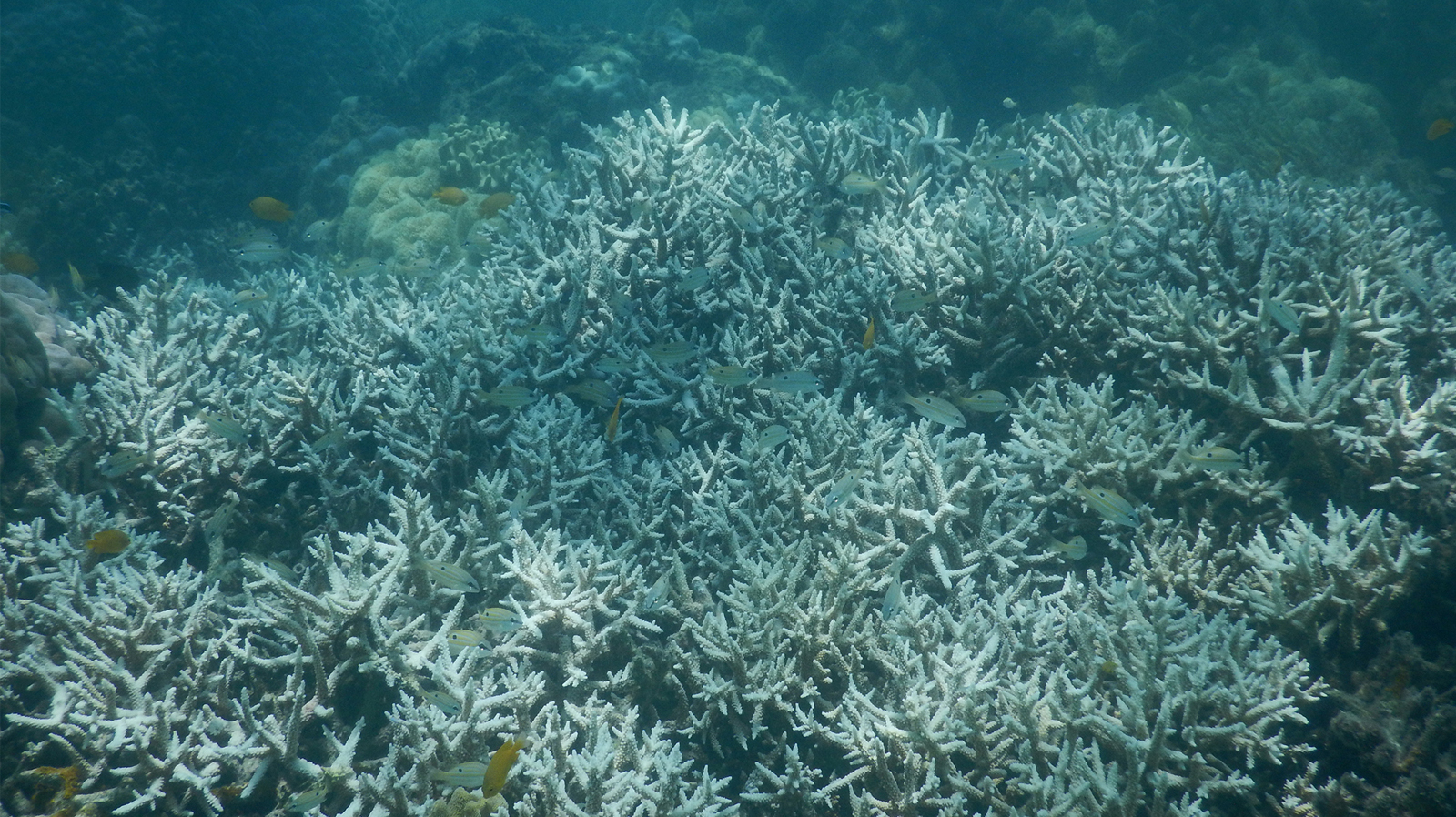 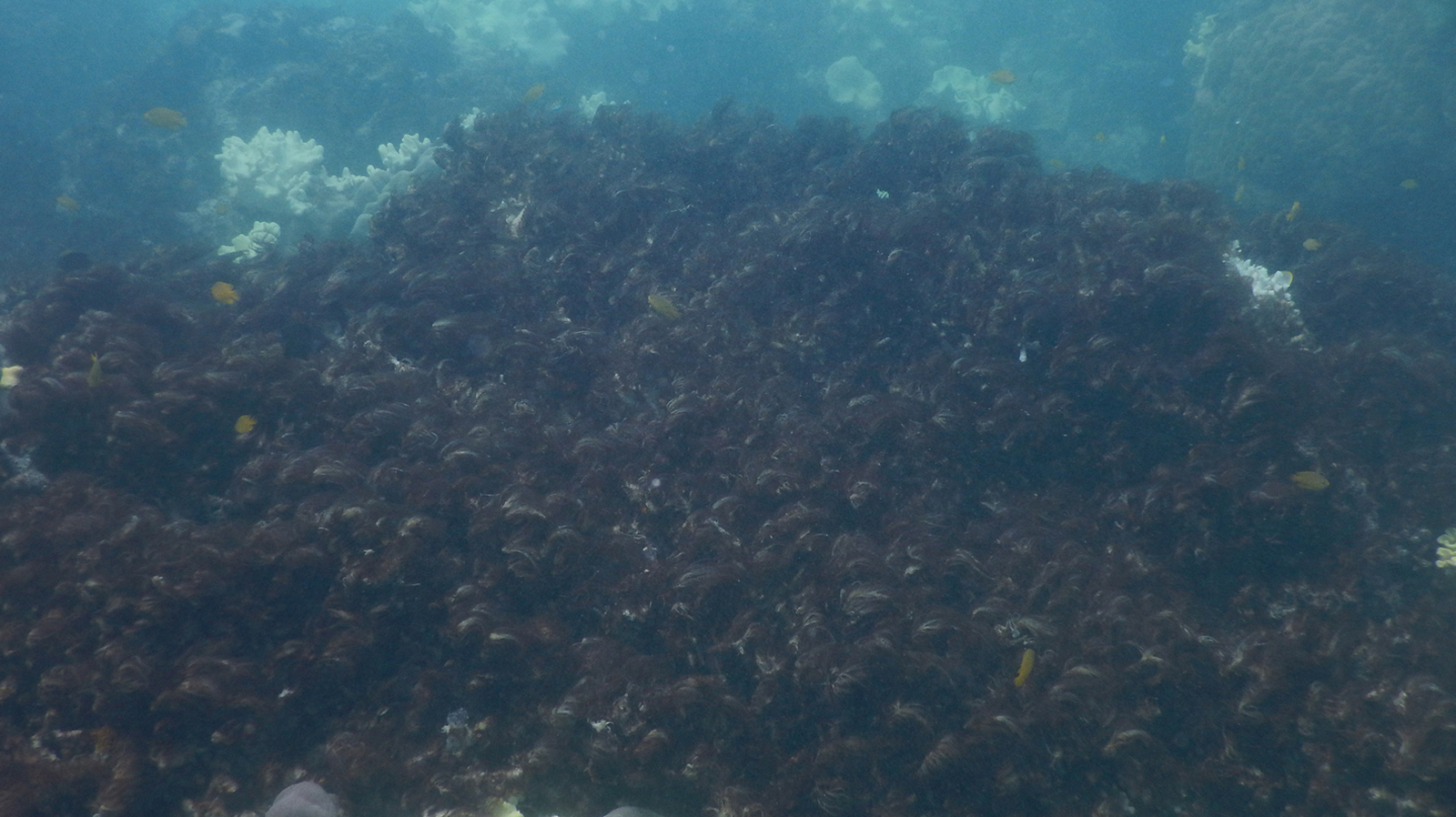 Mature staghorn coral near Lizard Island, after coral bleaching (February) and then after death when it has been consumed by seaweed (April).

“That’s why the Australian government has launched an unprecedented effort to invest more than A$2 billion ($1.5 billion)… in a Reef 2050 plan, which we’re 18 months into,” he said.

Kerry explains that a temperature rise of only one or two degrees above the maximum average for up to “three or four weeks” is enough to push corals out of their comfort zone.

“When it’s so hot for this extended period of time the corals don’t just bleach, they cook and they die very quickly,” Kerry added. “My expectation is that has happened, based on what I saw from the air and what I saw last year.” 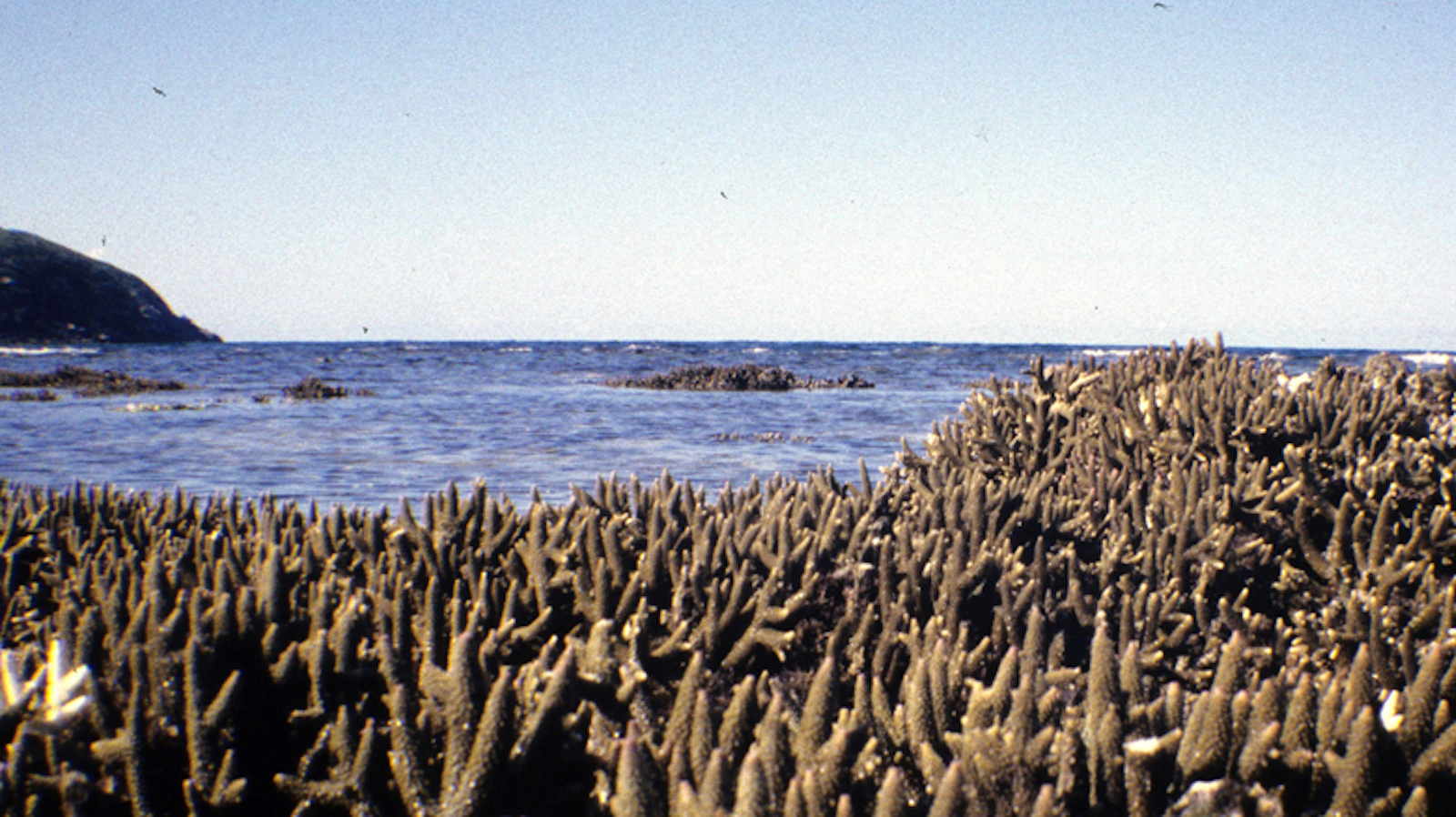 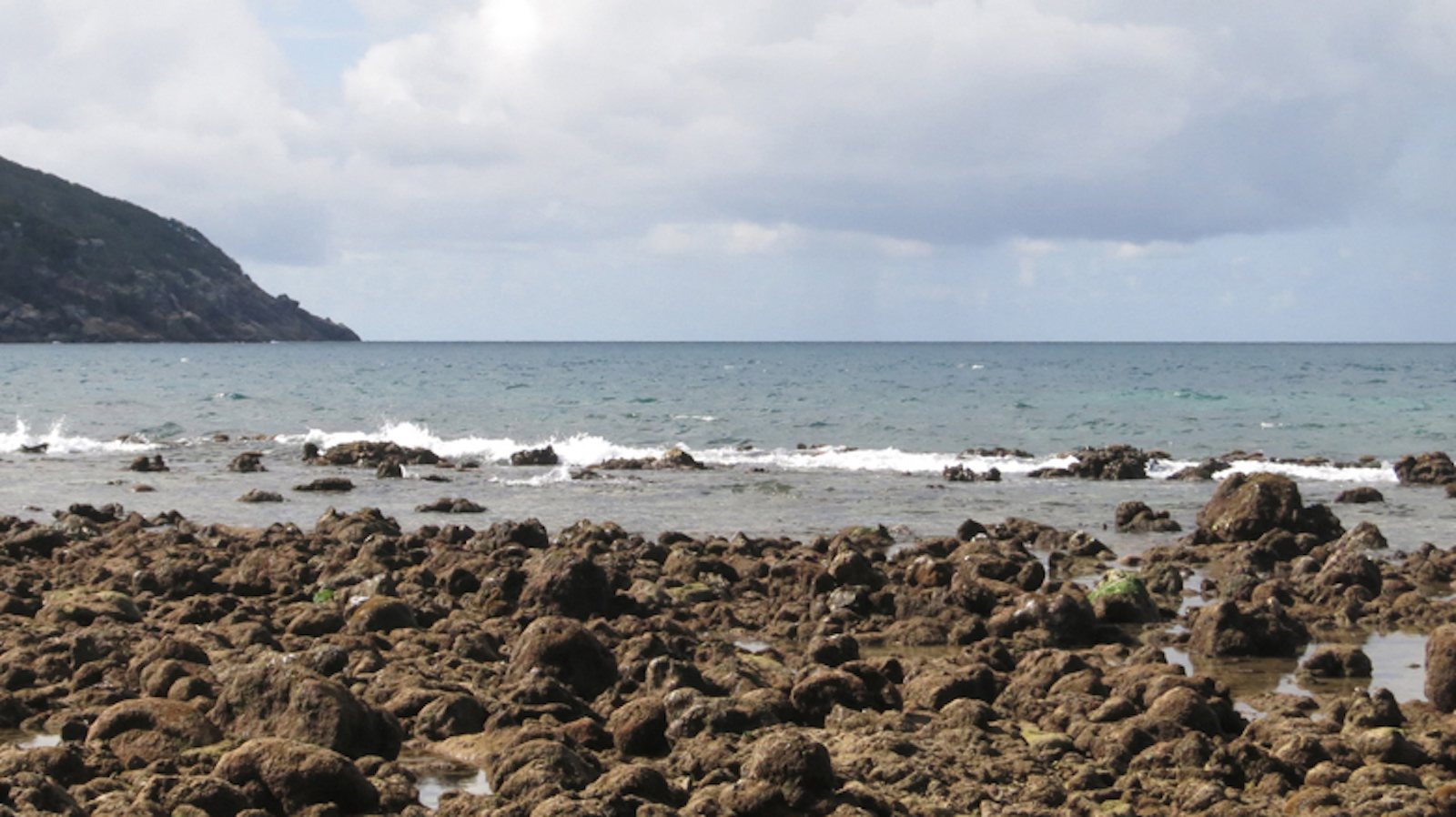 An ecosystem in danger

The Great Barrier Reef is home to the world’s largest collection of coral reefs, with around 400 types of coral and 1,500 species of fish. It is also home to a number of endangered species, including the large green turtle and the dugong.

The Reef is worth an estimated $3.7 billion annually to the Australian economy through fishing and tourism.

Around 275 million people globally directly rely on reefs for livelihood and sustenance, and globally they form the nurseries for around a quarter of the world’s fish, according to the UN.