The Kenyan teenagers tackling female genital mutilation with an app

A group of Kenyan teenagers have created an app called i-Cut to help girls affected by Female Genital Mutilation (FGM).

The students, Stacy Owino, Cynthia Otieno, Purity Achieng, Mascrine Atieno and Ivy Akinyi, have named themselves ‘The Restorers’, and they were the only Africans that participated in the 2017 Technovation Challenge in Silicon Valley in August.

The powerful story of a #WorldPitch team who wants to restore hope to girls in society: https://t.co/VQf6GDhPIz @LakeHub #WednesdayWisdom pic.twitter.com/uSA5wuOaL4

The app will help connect affected girls to legal and medical assistance.

Girls who are forced to undergo the procedure can also alert local authorities by pressing a panic button on the app.

Despite being illegal, Kenya still records a high number of FGM cases. According to a 2016 Unicef report, one in five girls have undergone the procedure in the east African nation. 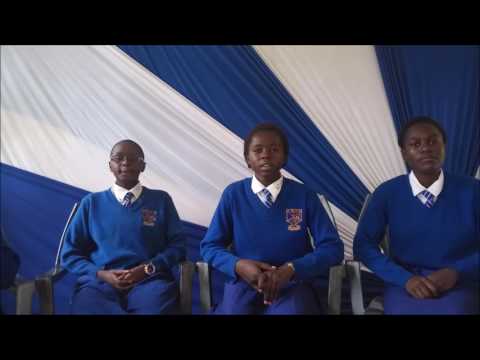 The practice is mostly done when the girls are between the ages 10-14 years.

“This app a good way of getting people to talk about FGM,” said Dorcas Adhiambo Owino, the group’s mentor and Kenya’s Technovation program lead.

“It is a conversation starter and that shows anyone can be involved in the fight against FGM.”

The team beat nine Kenyan semi finalists to secure a spot at the 2017 Technovation Challenge held in August in California, where they met other finalists from other parts of the world and competed for a chance to win $15,000.

Sponsored by Google, Salesforce and Adobe, Technovation challenges girls aged 10-18 to create an app that solves problems faced by their communities.