North Korea appears to be finalizing the expansion of a key ballistic missile manufacturing site, according to an analysis of satellite imagery by researchers in the United States. 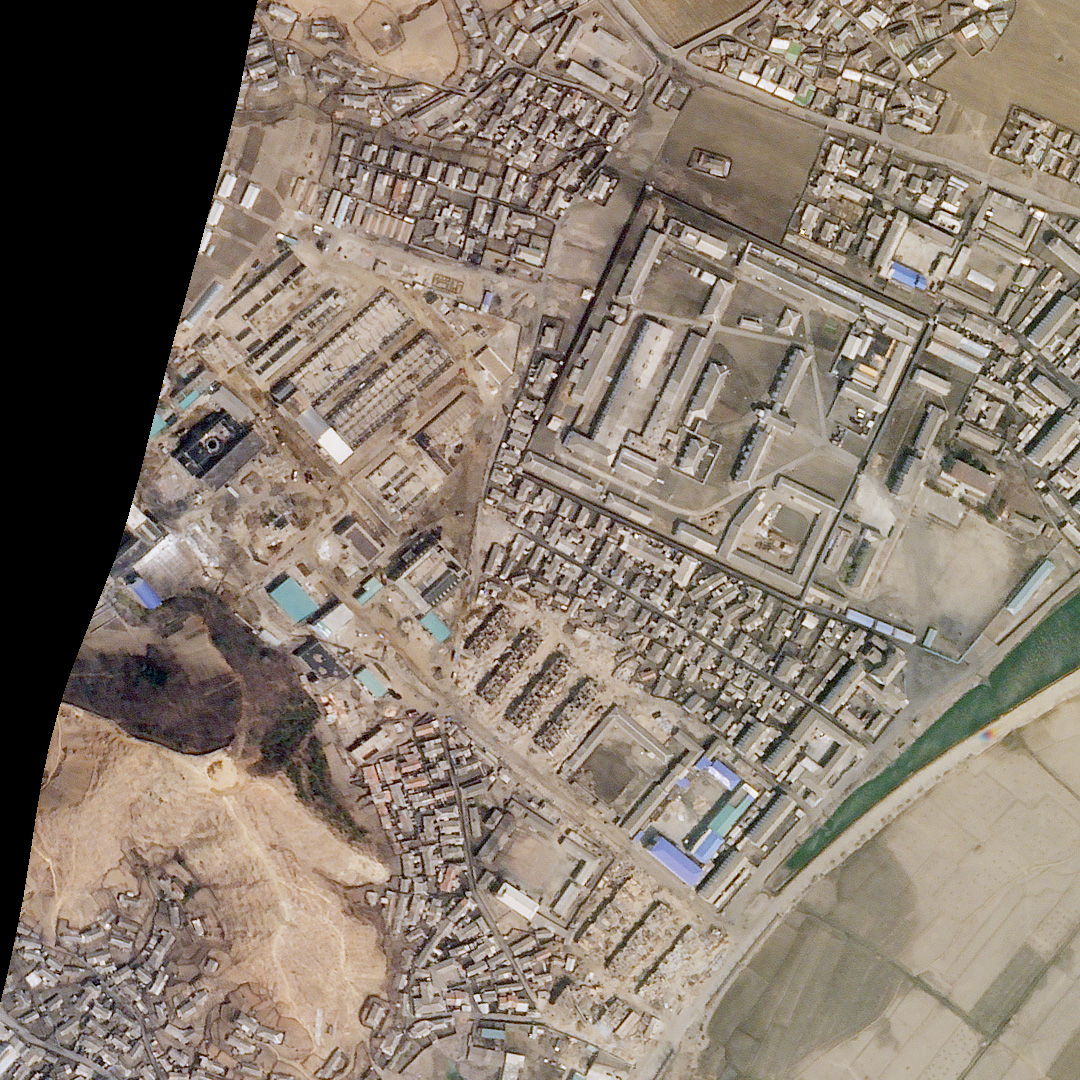 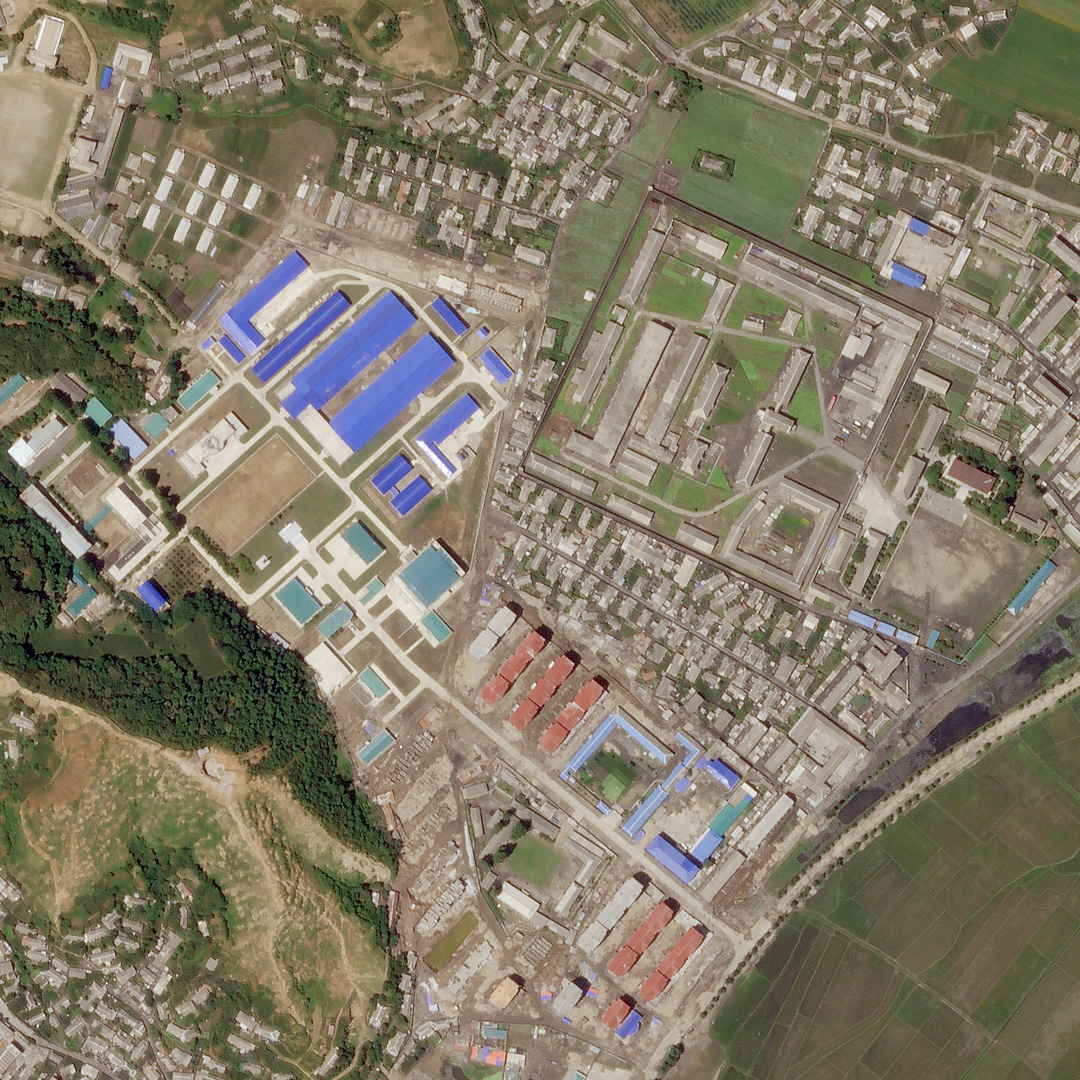 The satellite images, taken by San Francisco-based Planet Labs Inc. and analyzed by researchers at the Middlebury Institute for International Studies (MIIS) in Monterrey, show Pyongyang finishing construction at the Chemical Material Institute, which researchers say is based in the North Korean city of Hamhung.

The Chemical Material Institute is known for making carbon composite parts for solid-fueled missiles like nozzles, airframes and nosecones used in re-entry vehicles, according to David Schmerler, a research associate at MIIS.

“The Chemical Materials Institute seems like they have one function, and that’s pumping out parts for their missile program,” Schmerler said.

Kim was shown viewing an artist’s depiction of the factory in August 2017, after North Korea tested two intercontinental ballistic missiles. That same month it also threatened the US territory of Guam.

The majority of the plant was built in May, after Kim’s summit with South Korean President Moon Jae-in but before Kim met Trump, said Jeffrey Lewis, the director for the East Asia Nonproliferation Program at MIIS.

A spokesman for South Korean President Moon told reporters it’s “inappropriate” to comment on reports suggesting North Korea has not stopped construction at weapons facilities and intelligence matters on the whole.

Solid-fueled missiles have significant advantages over their liquid-fueled counterparts, as they’re easier to store and move because solid fuel is less volatile than liquid, experts say.

Long-range ballistic missiles can be used to deliver a miniaturized nuclear warhead thousands of miles away.

The missiles North Korea tested in 2017 with intercontinental range were liquid-fueled missiles, but Pyongyang has successfully tested a solid-fueled missile believed to have a range somewhere between 1,200 to 2,000 kilometers (745 to 1,240 miles).

Since then, the young North Korean leader has been on a diplomatic push, meeting with world leaders and brandishing his image as a global statesman.

Kim has consistently said he’s willing to denuclearize, but long-time North Korea watchers worry that Pyongyang and Washington have very different definitions of the term denuclearization.

“Kim has never offered to disarm. Not once,” Lewis said. “He’s arming, not disarming.”

North Korea monitoring website 38 North analyzed satellite images last week that showed infrastructure improvements surrounding some of Pyongyang’s nuclear facilities, but the authors cautioned the work “should not be seen as having any relationship to North Korea’s pledge to denuclearize.

“The North’s nuclear cadre can be expected to proceed with business as usual until specific orders are issued from Pyongyang,” 38 North said.

White House National Security Adviser John Bolton told CBS News Sunday that the US has a plan to dismantle North Korea’s weapons of mass destruction and ballistic missile programs in the space of a year, but that Pyongyang needs to reveal any undeclared weapons sites to move forward.

“There’s nobody involved in this discussion with North Korea in the administration who is overburdened by naïveté. We’ve seen how the North Koreans have behaved before,” Bolton said.

“The President’s been very clear. He is not going to make mistakes of prior administrations. We are going to pursue this, and we will see what happens.”

Bolton declined to comment on a report in the Washington Post Saturday that US intelligence officials have concluded North Korea does not intend to fully surrender its nuclear stockpile, and is preparing to deceive the US about the number of nuclear warheads in its arsenal and the existence of undisclosed facilities used to make fissile material.

US officials led by Ambassador Sung Kim, Secretary of State Mike Pompeo’s point man for negotiations with Pyongyang, met with their North Korean counterparts Sunday at the demilitarized zone that divides North and South Korea, the first such meeting since the Singapore summit.