Katie Pisa, CNN
Updated 5:33 AM EST, Fri February 7, 2020
Link Copied!
Derq, a start-up based in Dubai and Detroit, is at the forefront of efforts to develop technology solutions to improve road safety.
Courtesy of Derq
The company's system uses sensors and artificial intelligence to anticipate hazards such as jaywalkers and drivers on dangerous trajectories.
Courtesy of Derq
Demonstration with an autonomous vehicle from French company Navya in the Dubai World Challenge for self-driving transport. Derq's system is mounted on the left pole.
Courtesy of Derq
Derq is far from the only company operating in this field.

Road accidents kill around 1.3 million people and injure tens of millions more each year, according to the World Health Organization.

A start-up based in Dubai and Detroit is among those testing advanced technology solutions that could bring those numbers down.

Derq is developing systems to better understand where danger spots are. The company uses a combination of sensors on roads, artificial intelligence, and computers in cars to notify drivers of potential hazards.

For example, Derq’s technology can use roadside cameras to detect if a driver is approaching a jaywalker. It will then send audible and visual alerts to the driver to warn them of the danger.

The system can also spot bad drivers. Roadside cameras or radars can track every car approaching an intersection, and Derq’s AI can predict their trajectories – so if a car is about to run a red light, Derq’s software can warn other motorists.

The company says it’s focused on deploying its technology on the most dangerous intersections initially. In many cities, these intersections already have cameras, so Derq aims to partner with the cities to make use of these cameras. 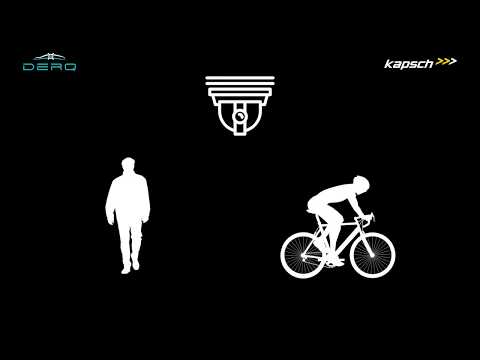 CEO Georges Aoude is an MIT grad with a PhD and a master’s degree in aerospace engineering.

While doing his PhD in autonomous vehicles (not just cars, but also satellites and drones) he worked on developing technology to make roads safer and smarter. “There was a clear gap in the market,” said Aoude.

In 2016, five years after completing his PhD, Aoude’s patent for Derq was ready and he says senior leadership in Dubai approached him, saying they wanted to support the technology.

Within a few months Derq was allowed to test its technology on certain roads there. Aoude noted that Dubai has a goal of having 25% all vehicles autonomous by 2030. “We knew what we were doing was aligned with many key priorities of Dubai,” he said.

An office in Detroit followed in 2017, with permission to try its technology on select roads around the city. The start-up is also working on a pilot project in Ohio, and has an ongoing project in Vienna, Austria, Aoude said.

As well as warning of hazards, Derq’s system can help detect and predict traffic congestion and it is also working with the developers of autonomous vehicle fleets to demonstrate how it can improve safety and give passengers a smoother ride, says Aoude.

Derq is not the only company working in this space. Humanising Autonomy has developed a “pedestrian intent prediction platform” intended to make autonomous vehicles safer;” Driveri is a platform that analyzes commercial vehicle drivers’ to improve their performance, and Nexyad creates software that can be built into cars to alert drivers of potential accidents.

A tough road ahead?

You might expect busy cities to be clamoring to get such safety measures implemented, but it’s still early days.

“I can imagine places where technology can really make a difference,” says Stilgoe. “But the governments must be really empowered to want to make this partnership with technology companies, and make it safe and fair.”

“Testing cars on public roads is a profound experiment, turning citizens into experimental subjects,” he adds. “If governments grant permission to technology companies, they need to think hard about what it is getting in return and who will pay for infrastructure upgrades.”

A matter of time?

Whatever the roadblocks, it may not be too long until this kind of technology is widely available.

To receive alerts from Derq’s system a car will need a “V2X” (vehicle-to-everything) antenna. “In two-three years, cars will come out of the factory with this feature,” Aoude said.

Volkswagen, for example, has recently announced that it will be installing this antenna in some of its Golf models starting in 2020, meaning the cars will be enabled to send and receive V2X alerts from systems similar to Derq.

Aoude says he and his company will keep moving ahead to improve safety wherever they can.

“You still need to use your eyes carefully, but we can help you,” he says.