Johns Hopkins University thought its namesake was an abolitionist, but records show he owned enslaved people

The founder and namesake for one of the top medical schools in the nation owned enslaved people in the mid-1800s, Johns Hopkins University leadership announced Wednesday in a letter.

Census records indicate Johns Hopkins owned one enslaved person in 1840 and four in 1850, according to the school. The information came to light via the Hopkins Retrospective, a university effort to deeply explore the institution’s history. Hopkins founded JHU in 1876 and opened the hospital in 1889.

Reexamining the Life of Johns Hopkins, Our University's Founder 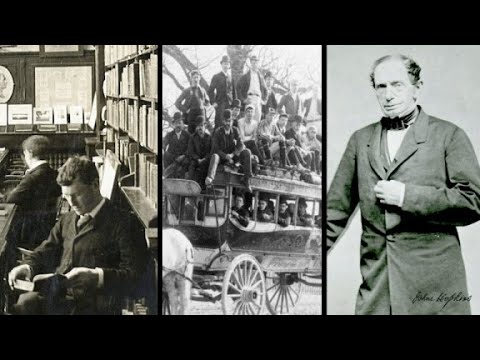 “The fact that Mr. Hopkins had, at any time in his life, a direct connection to slavery … is a difficult revelation for us, as we know it will be for our community, at home and abroad, and most especially our Black faculty, students, staff, and alumni,” the JHU letter read.

The latest revelations shatter what the JHU system previously believed of Hopkins.

“For most of the last century, our institutions believed Johns Hopkins to be an early and staunch abolitionist whose father, a committed Quaker, had freed the family’s enslaved people in 1807,” the school said.

JHU’s announcement comes as the US is coming to terms with its racist past thanks in part to ongoing protests that were sparked over the summer by the police killings of Black people. Schools and companies are reconsidering racist imagery and/or names of people who were connected to slavery.

Other universities like the Virginia Military Institute or Duke University have already taken steps to remove Confederate memorabilia or rename dorms.

Johns Hopkins University has also been at the forefront of the coronavirus pandemic with its worldwide tracking system of the virus, one that CNN uses to count cases.

JHU admitted much of their history about Hopkins came from a short book written by his grandniece, Helen Thom. The book was published by the JHU press in 1929, the school said.

Crews lift a statue of Confederate Gen. Thomas "Stonewall" Jackson from its pedestal on the campus of the Virginia Military Institute on Monday, Dec. 7, 2020, in Lexington, Va. The military college began work Monday to remove the prominent statue, an effort initiated this fall after allegations of systemic racism roiled the school.(AP Photo/Sarah Rankin)
Sarah Rankin/AP

“Thom’s book collected and retold family memories, including the story that Johns Hopkins’ parents, motivated by their Quaker convictions, freed all the ‘able-bodied’ enslaved people on their Anne Arundel plantation in 1807,” the school’s letter read.

Aside from founding the school and hospital, Hopkins also “called upon his trustees to create an orphanage for Black children in Baltimore,” JHU said.

“The revelations change our understanding of our founder’s life,” said Ronald J. Daniels, JHU president, in a YouTube video addressing the findings. ” They do not change the nature of what these institutions represent.”

Because of their latest findings, JHU is inviting students, alumni, faculty, staff and the general public to a virtual town hall at 11 a.m. Friday.