Matthew Modine may be Hollywood’s most reliable touchstone

Matthew Modine has the coveted kind of Hollywood career – his pick of roles, always working, yet generally left alone in public.

A familiar face on television and movie screens for decades, Modine can most recently be seen on Netflix’s “Stranger Things,” and his latest project, a horror film called “Wrong Turn” on Amazon Prime.

CNN spoke with the actor about his long career, how he’s choosing his roles, and how he’s remained a part of the Hollywood conversation over the years.

In “Wrong Turn,” a reboot of a 2003 horror flick, Modine plays a devoted father whose daughter goes missing on a hike on the Appalachian Trail and he does everything in his power to find her.

In his mission, he encounters a dangerous cult who violently attack outsiders who cross their path.

Why a horror film this time?

“Because it wasn’t about zombies and monsters,” Modine explains. “It was about real-life monsters and things that things that are relatable. I mean, you can say that young Trayvon Martin made a wrong turn and went through a neighborhood that was very much like the circumstances of this film. My daughter is hiking with her friends on the Appalachian Trail, very innocently and they make a wrong turn. They go to someplace where there’s this community of people that before the Civil War made the decision to create their own community up in the mountains and divorce themselves from the rest of the world.” 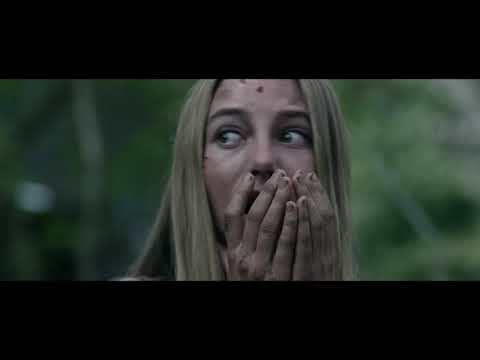 In order to get into the right frame of mind for the role, imagining the worst for your own children, Modine says the feeling of protecting them came easy, and also recalled a scary memory from his own life.

“It was easy because I have a daughter and a son and God forbid anything should, should ever happen to them. Where they get put into harm’s way, but you would do everything as a mother or father to protect your children and to help them through a situation. And so that, that was easy.

“And it happened to me once when my son was only about two or three years old, we were in Washington Square Park in New York City. He was riding his bicycle with training wheels. And the park was really, really packed with people that day. And he said he wanted a hot dog. I looked for where the hot dog cart was and I saw it. And in that 10, 15 seconds, my son disappeared, disappeared, and I couldn’t find him.”

Modine says it was at the height of his career when strangers were approaching him and asking for autographs, and all he wanted to be was the person finding his son.

“It was about absolutely horrifying until I found him,” he says, adding that he found his son “just continuing to peddle his bicycle,” to his relief.

The new movie requires some physical strength on Modine’s part, as he attempts to track down his daughter. He eats well and walks six miles each day, he says. At 61, Modine adds he is approaching stunt work a bit more carefully these days.

“If you go back and look at films that I’ve done in the past, especially ‘Cutthroat Island,’ there was a lot of physical stuff where I was dangling from ropes and pushing Gina Davis off a cliff,” Modine says, “I was hanging from a 300-foot cliff and I caught her one handed.”

He says that stunt ripped his right arm out of the socket, and he “learned my lesson,” but he still wants to be believable on screen.

“When you’re in a real physical environment and you’re climbing a mountain and jumping out of the way of obstacles and dangerous things, you just have to react to the situation,” he says.

Modine still loves to study people, too, in order to be able to play all different kinds of roles.

“I just drove across the United States because of Covid, I just was tired of being in quarantine. So I got into my car and drove across the United States,” he says. “And I did that because like Atticus Finch says in ‘To Kill a Mockingbird,’ ‘You never really understand a person until you climb into his skin.’ And that’s what I do when I’m acting, I try to get in the skin of another person and see things from their point of view, and oftentimes we lose touch. We’re not seeing America. We’re not seeing what people are suffering through.”

While Modine says luck has played a role in his success, selecting the right projects has also been key.

“I heard somebody say the other day that when you meet as a soldier, you want to have someone who’s got dents in their armor, because that means they’re battle tested,” he says.

You don’t want to go into battle with somebody with bright, shiny armor because they haven’t experienced the war. And I feel that way as an actor, that I’m battle tested. I’ve had some tremendous successes and been a part of some films that are and continue to be a part of the conversation that are as relevant today as when they came out. And then there’s some that weren’t so successful, and so I’ve got some dents in my armor, but both the good and the bad are part of life.”