Latest on US markets

An administration shuffle is underway in Washington.

Our live coverage has ended. Scroll through the posts below to see how the day played out, and read more about Trump's Cabinet shakeup here. 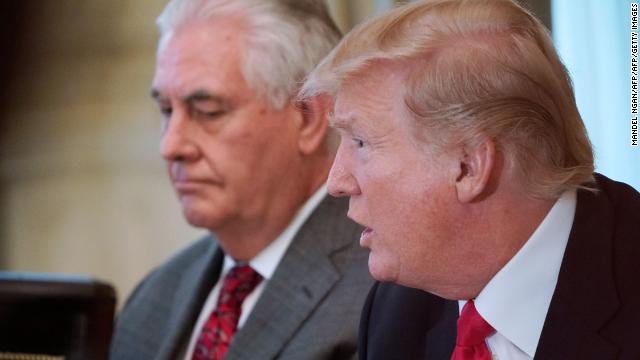 As news about Trump administration shuffles involving the attorney general and the US ambassador to the UN posts swirl, the President is tweeting about a different shakeup from months ago.

Trump called former Secretary of State Rex Tillerson "dumb as a rock" and "lazy as hell," while he praised his replacement, Mike Pompeo.

Trump fired Tillerson back in March and nominated Pompeo, then the CIA director, for the role. 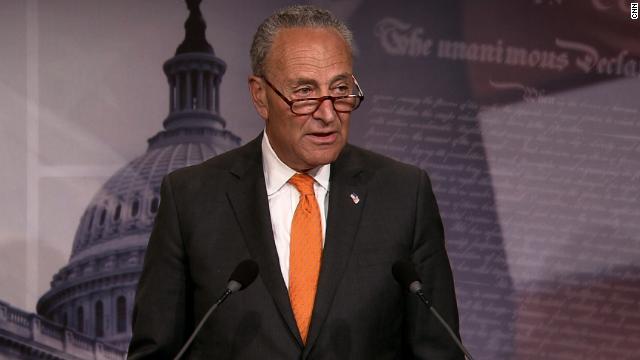 Given President Trump’s demonstrated lack of regard for the rule of law and the independence of the American justice system, his nominee for attorney general will have a steep hill to climb in order to be confirmed by the Senate," Schumer said in a statement.

He also added that Barr must be willing to allow the final report from the special counsel's office to be "be made available to Congress and the public immediately upon completion."

Here's the full statement from Schumer:

“Given President Trump’s demonstrated lack of regard for the rule of law and the independence of the American justice system, his nominee for attorney general will have a steep hill to climb in order to be confirmed by the Senate. Mr. Barr must commit – at a minimum – under oath before the Senate to two important things: First, that the Special Counsel’s investigation will proceed unimpeded, and second, that the Special Counsel’s final report will be made available to Congress and the public immediately upon completion.
“Just as importantly, the Senate will also need to understand whether Mr. Barr is truly committed to protecting all of our constitutional rights and to the principle of equal justice under law. It has been many years since Mr. Barr served in government, and the Senate will need to fulfill its constitutional obligation to carefully review and consider both his record in the Reagan and Bush administrations, as well as his record in the private sector. Once Mr. Barr’s nomination is formally sent to the Senate, we will carefully and thoroughly examine Mr. Barr’s record and probe his views on many subjects, including but not limited to his views on the independence of the position, executive authority, LGBTQ rights, civil rights, voting rights, protections for people with pre-existing conditions, the environment, consumer protection and anti-trust, and others.” 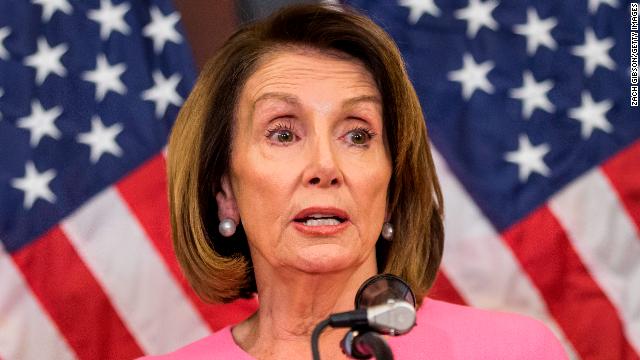 "This nomination is the latest in the President’s pattern of installing partisan hacks in the highest reaches of our government who will happily do his bidding," she said in a statement.

Read more of her statement:

“The President’s proposed nomination of Mr. Barr is deeply concerning. Barr has spent the past two years auditioning for this job by stoking partisan attacks on our nation’s law enforcement community, and encouraging the President to use the Justice Department as a political weapon to pursue his rivals and undermine investigations into Trump and his family’s scandals
“Barr’s constant attempts to weaken and undercut the credibility of the Special Counsel investigation cast serious doubt on his ability to oversee this critical investigation.
“This nomination is the latest in the President’s pattern of installing partisan hacks in the highest reaches of our government who will happily do his bidding. The American people expect assurances that this nominee will ensure that justice is pursued, the rule of law is respected and the Mueller investigation will continue, unhindered by the President or his cronies.
“Our new Democratic Majority will bring a new dawn of openness, transparency and unity to the Congress. When we take the gavel, restoring the health of our democracy will be H.R. 1, so that we can clean up corruption to make Washington work For The People.” 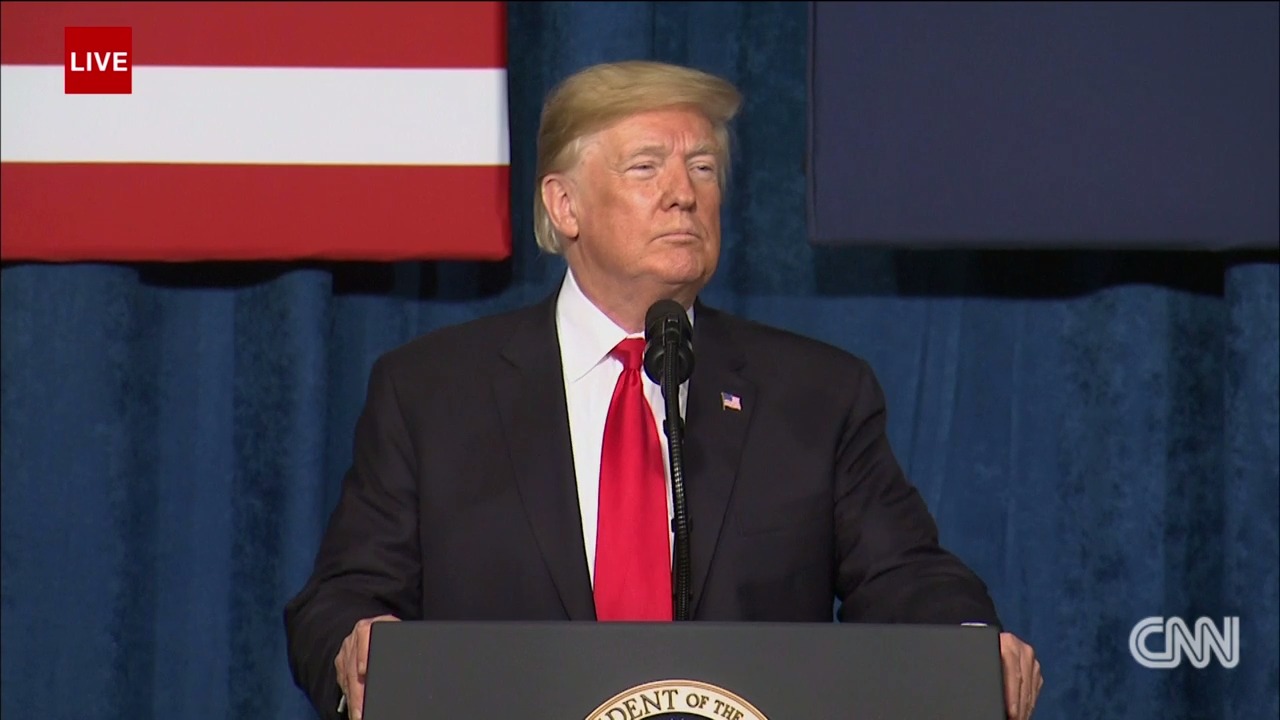 President Trump touted his selection of William Barr as his next attorney general Friday at the start of remarks to a law enforcement conference in Kansas City.

The President highlighted Barr’s “unwavering adherence to the rule of law, which the people in this room like to hear.”

"And let me say, as a point of personal privilege, that the President’s selection of Bill Barr as the next attorney general is a continuation of this law and order presidency," he said. "Bill is supremely qualified, highly respected at the Department of Justice, and will continue to support the men and women in blue. I commend the president for this excellent choice."

Sen. Chuck Grassley, a Republican of Iowa who serves as the chair of the Judiciary Committee, praised William Barr as "a talented, well-respected lawyer who has been committed to public service over the course of his long career."

Barr was "more than well-qualified to lead the Department of Justice again," Grassley said in a statement.

"I look forward to working with the President and Chairman Graham to move forward with former Attorney General Barr’s nomination in the next Congress.”

In a 1992 interview with Larry King, newly nominated attorney general William Barr said he was in favor of special counsel mechanisms — as long as the special counsel was also accountable to somebody else.

"The attorney general has an obligation to uphold the law, to enforce the law with respect to all persons. No one is above the law," Barr, then-attorney general under President George H.W. Bush, said in the interview.

"The attorney general, however, also has a policy position, and to that extent, if he's pursuing the policies of the administration, he is subordinate to the president and carries out the president's policy."

Some critics are expressing skepticism that Heather Nauert has sufficient experience for the job, especially in comparison to her predecessors.

"This is extraordinary. Especially in the footsteps of the former ambassadors: Madeleine Albright, Susan Rice," one senior diplomat told CNN.

Peter Yeo, Senior VP of the UN Foundation, told CNN that "Nauert's selection doesn't fit the traditional mold for a US Ambassador to the UN."

"She has been a communicator more than a policy person, so she'll be quickly put to the test with the on-the-spot negotiations required at the UN," he said.

Experience matters less to the President, an avid fan of Fox News, than Nauert's loyalty to the White House, the fact that she's a woman, and her ability to be a polished proxy on television, according to sources familiar with his thinking.

Despite Nauert's TV savvy, however, current and former colleagues wonder if she will be prepared or equipped to navigate the gritty behind-the-scenes work of UN negotiations.

She is also taking the position amid a roster of thorny global challenges, ranging from North Korea's nuclear program to Yemen's famine and the growing divide between the US and its closest allies over the Iran nuclear deal, climate change and other issues. 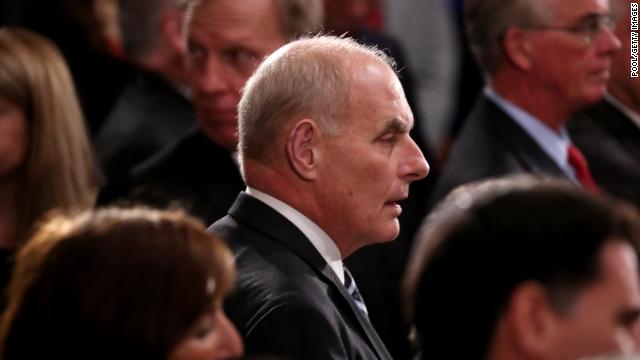 Kelly responded to a narrow set of questions from special counsel investigators after White House lawyers initially objected to Mueller’s request to do the interview earlier this summer, the sources said.

Why we've been talking about Kelly today: Kelly is widely expected to leave his position in the coming days and is no longer on speaking terms with President Donald Trump, CNN reported earlier Friday.

Kelly is the latest high-ranking White House official known to provide information for Mueller’s investigation, though his interview marks a departure of sorts since Kelly didn’t join the White House until July 2017. Most of the dozens of other interviews have been with people who were associated with the Trump campaign, were part of the transition or served in the early part of the administration.