Call to Earth Day 2022: A global mission to protect our oceans

You showed up and showed out from all corners of the globe to share the ways we can help turn the tide and protect our oceans during #CallToEarth Day 2022.

Watch new highlights from the day here, and be sure to check out more from the Call to Earth team at cnn.com/calltoearth! 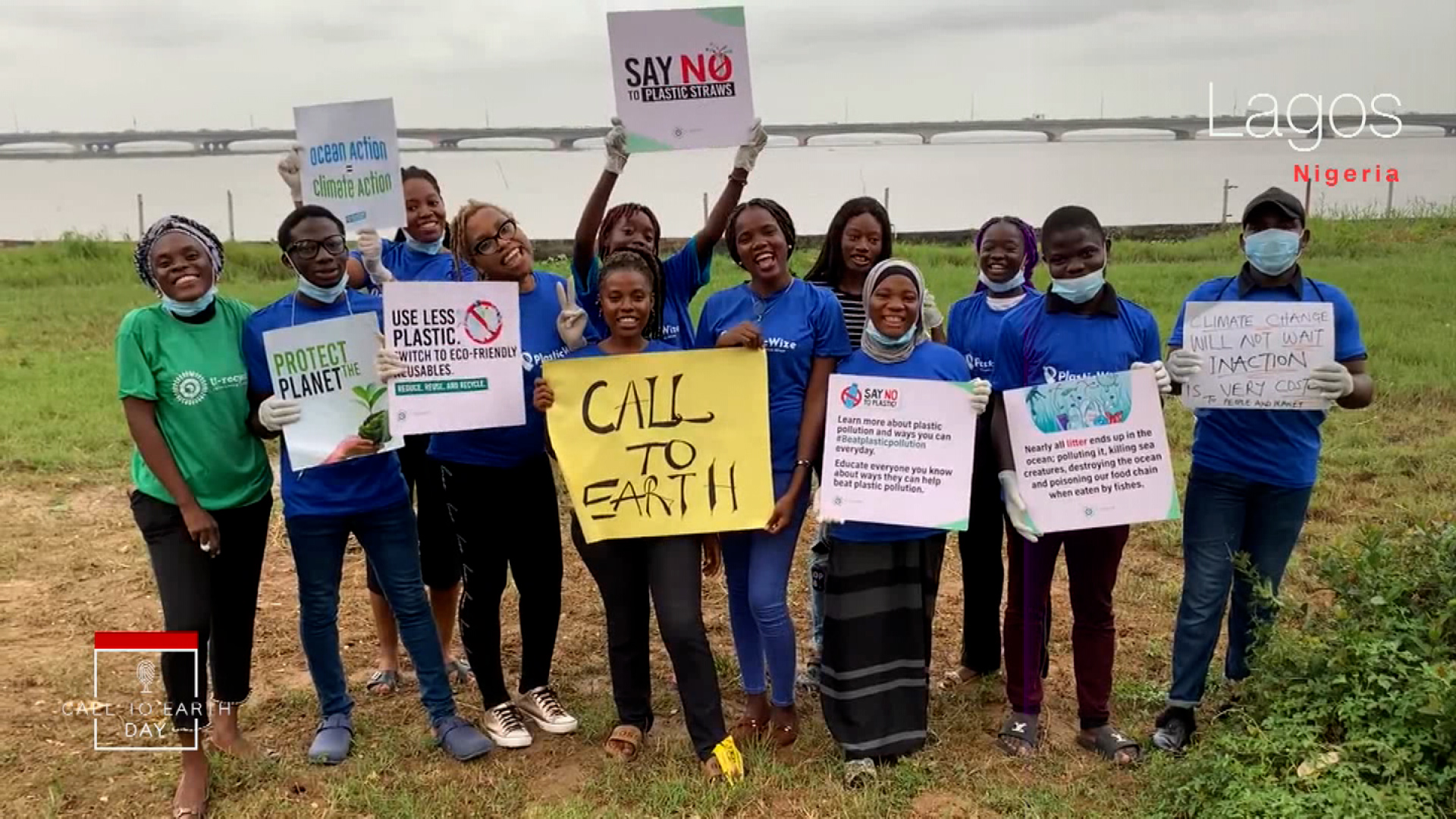 For sharks, turtles and rays in the Caribbean, the Mesoamerican Reef -- which spans more than 600 miles from Mexico to Honduras -- is a busy highway. As the second-largest barrier reef in the world, marine species use it to navigate north and south, and its rich tapestry of coral, seagrass and mangrove forests provide vital food and habitat.

But as with highways on land, this marine corridor can be dangerous. Overfishing, commercial development and the illegal practice of finning is endangering species such as whale sharks, reef sharks and manta rays. These creatures are already in a fragile state, with more than a third of sharks and rays threatened with extinction worldwide.

"We're seeing a continued decline of many sharks and shark populations in most countries where there is monitoring taking place," says Rachel Graham, founder of MarAlliance, a non-profit focused on protecting sharks and rays throughout the Americas. "Our goal is to reverse that decline," she adds.

By monitoring threatened marine life in the region, MarAlliance is able to glean important knowledge on populations that can help to inform conservation and push for political action. But rather than acting in opposition to the local fishing community, the NGO enlists their help.

Few sports have a closer link to the sea than surfing. World Surf League has partnered with Coral Gardeners, an organization dedicated to preserving and regenerating coral reefs.

CNN's Jonny Velasquez traveled to Tahiti, home to one of the world's wildest waves, to meet Coral Gardeners founder and CEO Titouan Bernicot, and learn more about the work happening there.

The ocean is increasingly being positioned not just as a victim of climate change, but as a solution, write Cristina Mittermeier and Paul Nicklen, marine biologists, award-winning conservation photographers, and co-founders of ocean conservation organization SeaLegacy.

As nature scientists and wildlife photographers, the duo has a "first-hand perspective of humanity’s adverse effects on the oceans" -- but they say that blue carbon credits could help create a sustainable economy for the next generation.

Students and teachers at the Brilliant Stars International School in Slovakia participated in a riverbank cleanup as part of #CallToEarth Day 2022.

Students at the Chisipite Senior School in Zimbabwe are upcycling old mosquito nets and turning them into reusable produce bags -- a win-win, by keeping the mosquito nets out of the oceans and avoiding the need for single-use plastic produce bags.

CNN en Español anchor and correspondent Gabriela Frias reports live from a natural reserve in Mérida, where she's joined by children who have come there to learn about conservation issues and even teach their fellow peers.

At Port Saplaya beach in Spain, students from Universidad Católica de Valencia collected a total of 180 liters of trash, in an effort to rise awareness of the impact ocean pollution.

It was part of the EU-CONEXUS (European University for Smart Urban Coastal Sustainability) "cleaning and running marathon," during which universities competed to collect the most trash within an hour.

Meanwhile, the University of Zadar, Croatia, collected three bags -- while Klaipeda University in Lithuania got an electric bus to the seaside and managed to fill 24 bags.

So far today, she's watched a whale shark feeding and swam with zebra sharks. Now, CNN's Lynda Kinkade is back at the Georgia Aquarium with a special look inside a bio-secure lab where researchers are working to save some of the most endangered coral.